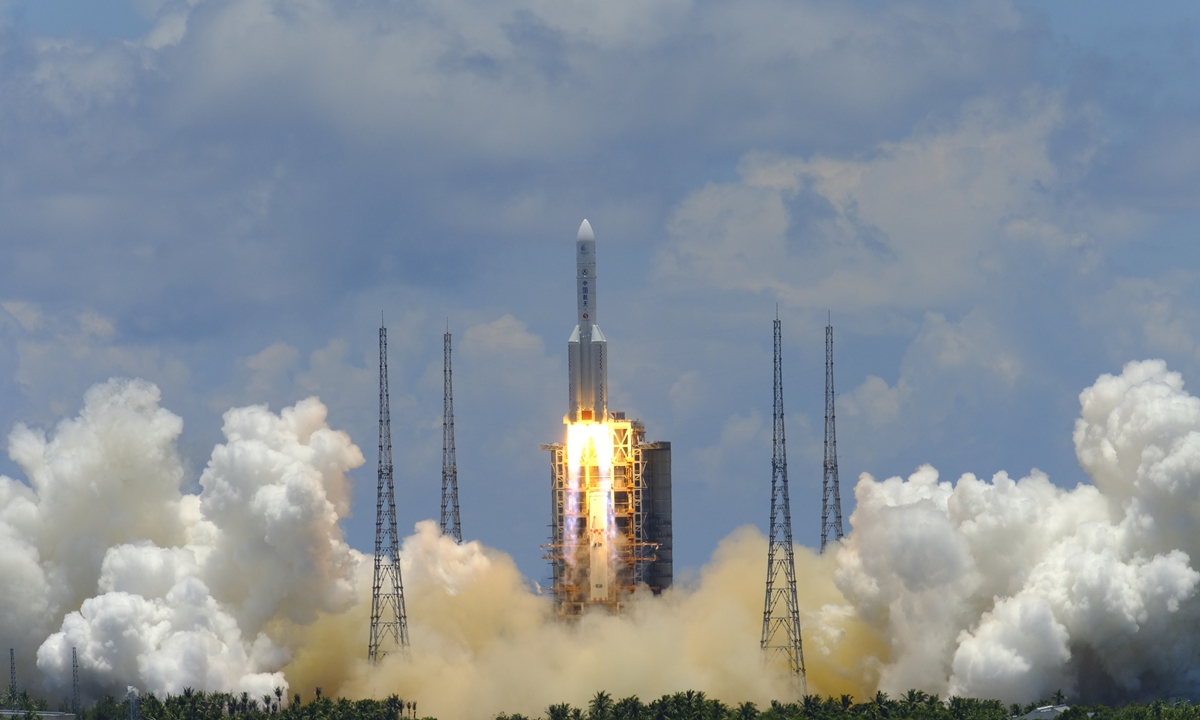 China’s Tianwen-1 Mars probe is expected to reach Mars’ gravity field in February 2021, about seven months after the launch.

If it succeeds, Tianwen-1 will be the first Mars expedition to complete orbiting, landing and roving in a single mission in humanity’s history.

Mars, one of Earth’s closest neighbor planets in the solar system, has the most similar environment to Earth’s. As of June 2020, human beings have made 44 Mars mission attempts, and only 24 of them succeeded.

The minimum distance between Mars and Earth is about 55 million kilometers, and the two planets only come that close every 26 months. The Mars exploration window is open between July and August.

No country other than China has ever set the goals of orbiting, landing and roving the Red Planet in its first mission attempt.

According to the CNSA, the project is set to achieve a series of technological advances, including Mars orbit insertion, long-term automatic probe management, long distance communication and Mars surface roving capabilities.

Global Times reporters found on Thursday that the body of the Long March-5 Y4 is decorated with multiple international space agencies’ logos, such as those of the European Space Agency, French space agency CNES and the Austrian Research Promotion Agency (FFG), which strongly indicates that the mission also involves international cooperation.

The Thursday launch mission was the fifth flight of the Long March-5 carrier rocket series, the strongest member of China’s launch vehicle family.

The Tianwen-1 Mars probe, which weighs about five tons, is also the heaviest deep space probe that China has ever sent into space, and is one ton heavier than the Chang’e-4 lunar probe, which China successfully sent to the dark side of the moon in January 2019, Global Times reported.
Apart from China, the US and the UAE are also launching their Mars missions this summer.

The first Arab space mission to Mars, an unmanned probe dubbed Hope, blasted off from Japan on Monday, in a bid to reveal more about the atmosphere of the mars.

Astronomers have seen a large young planet that is yet in the process of making.  …

Powered by WordPress | Designed by TieLabs
© Copyright 2020, All Rights Reserved